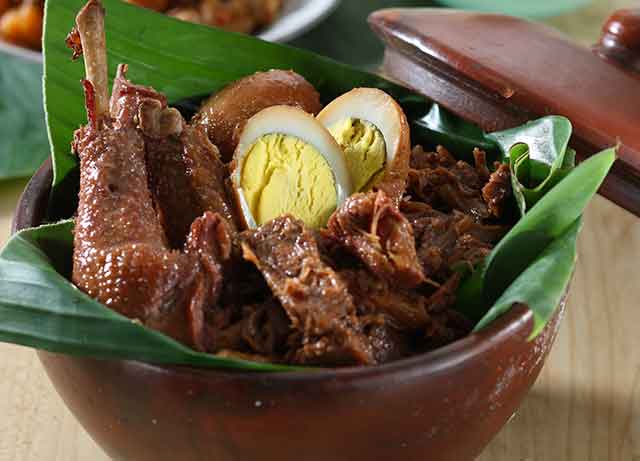 Gudeg is a traditional cuisine originating from Yogyakarta and Central Java, Indonesia. In the course of time, Yogyakarta Gudeg is more famous, so that later Yogyakarta is called the City of Gudeg.

The history of gudeg in Yogyakarta began with the construction of the Islamic Mataram kingdom on the Mentaok base in the Kotagede area around the 1500s.

Read more10 Traditional Foods in Jakarta That You Must Try

Gudeg actually does not come from the kingdom but comes from the community. Due to the long cooking process, in the 19th century, there were not many people who sold Gudeg.

Gudeg became popular and was widely traded in the 1940s when President Sukarno built the Gajah Mada University (UGM) until now. 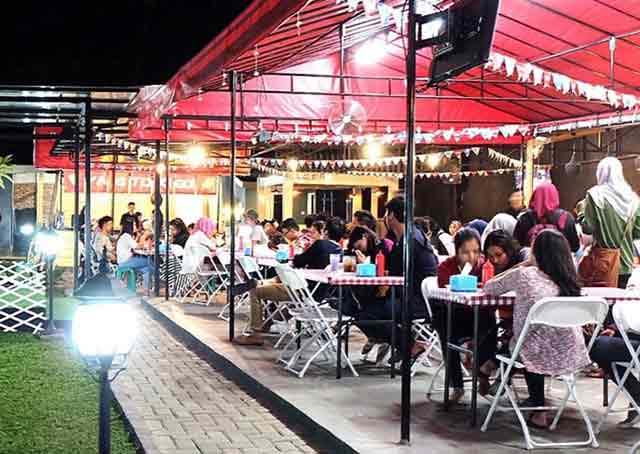 Gudeg is made from raw young jackfruit (Javanese: gori). Boiled for several hours with palm sugar and coconut milk, additional spices including garlic, onion, hazelnut, coriander seeds, galangal, bay leaves, and teak leaves, which give a reddish-brown color to the dish.

With a variety of spices, gudeg is sweet and has a distinctive and delicious taste according to the tastes of the Javanese community in general. This is often described as “sweet boiled green jackfruit”.

Served as is, gudeg can be considered a vegetarian food, because it only consists of raw jackfruit and coconut milk. However, gudeg is generally served with eggs or chicken. Gudeg is served with steamed white rice, chicken either as chicken or fried chicken, pindang eggs, egg eggs or just boiled eggs, tofu and or tempeh, and krecek fried sambal soup made from crispy cow skin.

There are several types of gudeg; dry, wet, typical of Yogyakarta, typical of Solo and typical of East Java. Dry gudeg has only a little coconut milk so it has a little sauce while the wet gudeg has a lot of coconut milk. The most common gudeg is from Yogyakarta and is usually sweeter, drier and reddish in color due to the addition of teak leaves as a coloring agent. The Gudeg Solo from the city of Surakarta is runnier and concentrated, with lots of coconut milk, and whitish because teak leaves are generally not added. Gudeg from Yogyakarta is usually called “red gudeg“, while gudeg from Solo City is also called “white gudeg.” East Javanese gudeg has a spicier and hotter taste than the sweet gudeg from Yogyakarta.

June 27, 2020
How to Make Korean Fried Rice aka Kimchi Bokkeumbap

How to Make Korean Fried Rice aka Kimchi Bokkeumbap

Exploring Australian Education and Career Pathways: A Guide to Making the Right Choice