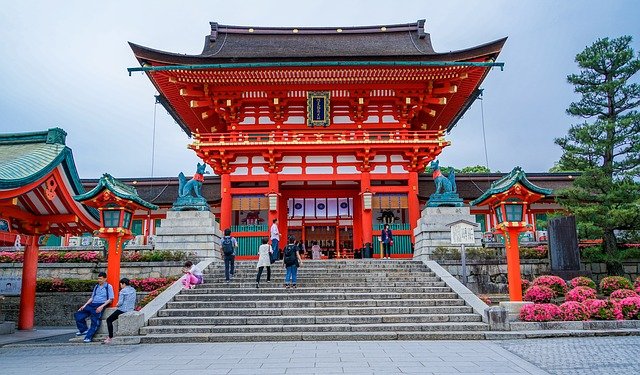 Travel Japan to get to know its Imperial capital of Kyoto! It’s one of the oldest cities in the country and is the main metropolis on the Island of Honshu. Former being Heiankyo, later it became the capital city, that’s the literal meaning of Kyoto and was the Imperial capital till 1868 when Tokyo became the state’s capital. It’s worth mentioning that the city’s being capital influenced its development greatly, because here we can see great cultural, educational and economic infrastructures.

Truth be told today there could have been no city of Kyoto, because the US government at the end of the World War II could have bombed it as well as Nagasaki and Hiroshima were, but the city was rescued by its beauty as one of the most excellent and best places in Japan.

It should be born in mind that lots of exciting events are held in the city and it’s one more factor to travel Japan. Be sure not to miss anything, because each holiday, festival and carnival has its old history and unforgettable celebration. e.g. If you travel Japan and turn out to be in Kyoto in March you are welcome to take part in the Sakura parade, the River of Kudari raft run, the Hina Matsuri Festival, the dolls exhibition. Don’t forget to visit Myoshin-ji, Jojakko-ji, Zuishim-ji Temples, Imperial Palace of Kyoto, and revel in the national holidays when all the temples and shrines will be adorned with flowers, the time can be called city flourishing. History is highly honoured in Japan and there is a beautiful and impressive festival in Kyoto devoted to its ancient past.

Kyoto is rich in diversity that can be seen everywhere. There is a pre-war building borders on the futuristic constructions, that’s a typical feature of various Japanese architecture. The longstanding city is also famous for its geishas, wonderful kimonos (actually the city is the heart of its producing) and various arts and crafts.

Travel Japan and familiarize yourself with its ancient traditions, tea ceremonies and hospitable people!